REFER A PATIENT BOOK AN APPOINTMENT 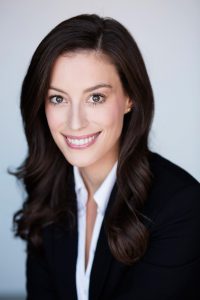 Dr. Genevieve Payne D.M.D., F.R.C.D. (C.), M.Sc., Dip. A.B.P. completed her doctoral degree in dentistry at the University of Montreal in 2012. During her last year of dentistry, she took part in an advanced program in Periodontology where she had the opportunity to do numerous periodontal surgeries and where she developed a passion for periodontics. She then completed a multidisciplinary residency at Notre-Dame Hospital and Ste-Justine Hospital where she treated many immunocompromised patients, among others.

She then completed a three-year postdoctoral program in Periodontology and Implantology at Nova Southeastern University in Fort Lauderdale, Florida. While at Nova Southeastern University, she became proficient in both traditional periodontal surgery and implantology. As a resident, she was ambassador to the American Academy of Periodontology Foundation. She also completed her master’s degree in craniofacial biology while undergoing her specialty.

Outside of dentistry, Genevieve loves fitness training, especially running. She enjoys travelling with her family and friends. She spends a lot of time cooking and baking. In July 2017, she and her husband welcomed their first child, an energetic beautiful daughter, Jaclyn Fay.